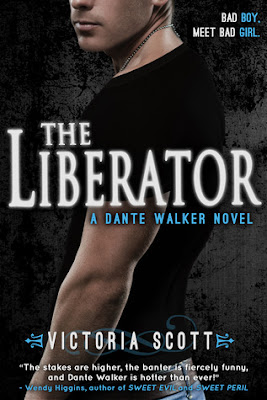 Dante has a shiny new cuff wrapped around his ankle, and he doesn’t like that mess one bit. His new accessory comes straight from Big Guy himself and marks the former demon as a liberator. Despite his gritty past and bad boy ways, Dante Walker has been granted a second chance.

When Dante is given his first mission as a liberator to save the soul of seventeen-year-old Aspen, he knows he’s got this. But Aspen reminds him of the rebellious life he used to live and is making it difficult to resist sinful temptations. Though Dante is committed to living clean for his girlfriend Charlie, this dude’s been a playboy for far too long…and old demons die hard.

With Charlie becoming the girl she was never able to be pre-makeover and Aspen showing him how delicious it feels to embrace his inner beast, Dante will have to go somewhere he never thought he’d return to in order to accomplish the impossible: save the girl he’s been assigned to, and keep the girl he loves.

I enjoyed the first book The Collector and want more Dante! 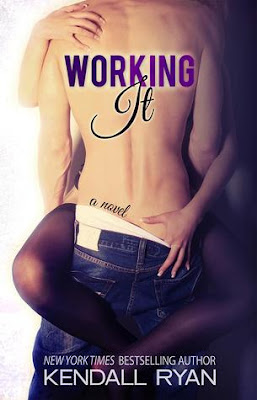 Straight-laced Emmy Clarke’s assistant job at the modeling agency provides her with one distinct perk – getting to watch pretty mancandy parade around all day. But having to work under the ultra-bitchy Fiona Stone barely makes it worth it. Emmy enjoys looking, but she’s not stupid enough to fall for one of the tempting specimens. Especially not rising star Ben Shaw.

Ben is everything Emmy’s not: well-traveled, highly paid and exquisitely gorgeous. He’s also got more issues than Vogue. Against her better judgment to get involved, Emmy’s southern roots kick in, and whenever he’s on set, she makes sure he’s treated well and looked after. But she refuses to become one of the pathetic groupies lusting after him, and soon Ben’s drawn toward her refreshingly real attitude.

Against the backdrop of fashion shows in NYC, Paris and Milan, their casual flirting turns into more, and they embark on a journey of sexual discovery. But when Ben’s twisted past is uncovered, it threatens both their relationship and careers as the bitter Fiona digs her claws in, unwilling to let her golden boy go without a catfight.

Filled with passion, jealousy and heart-thumping sex, Working It is the tale of falling for a supermodel.

This sounds like it will have a sizzling romance!

So Whats Your Waiting On Wednesday?