This meme is hosted by Jill from Breaking The Spine showcasing books we can’t wait to read! 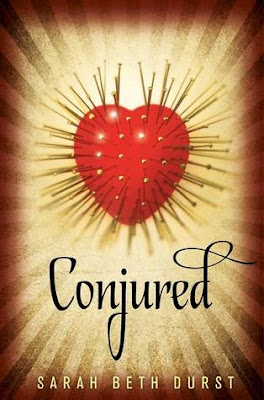 Eve has a new home, a new face, and a new name—but no memories of her past. She’s been told that she’s in a witness protection program. That she escaped a dangerous magic-wielding serial killer who still hunts her. The only thing she knows for sure is that there is something horrifying in her memories the people hiding her want to access—and there is nothing they won’t say—or do—to her to get her to remember.

At night she dreams of a tattered carnival tent and buttons being sewn into her skin. But during the day, she shelves books at the local library, trying to not let anyone know that she can do things—things like change the color of her eyes or walk through walls. When she does use her strange powers, she blacks out and is drawn into terrifying visions, returning to find that days or weeks have passed—and she’s lost all short-term memories. Eve must find out who and what she really is before the killer finds her—but the truth may be more dangerous than anyone could have ever imagined. ~from Goodreads

Magic-wielding serial killer, girl in witness protection program. Sounds like this will be a dark, twisted, drama filled story. 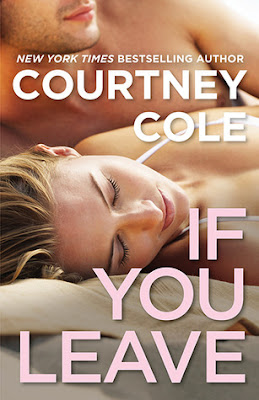 If You Leave by Courtney Cole
August 6, 2013 from Forever

26-year old Gabriel Vincent is a badass hero. Or he used to be, anyway. As an ex-Army Ranger, Gabe never thought he needed anyone. But after one horrible night in Afghanistan scars him in a way that he can’t get past, he needs someone who can help him heal…even if he doesn’t realize it.

25-year old Madison Hill doesn’t need anybody…or so she thinks. She grew up watching her parents’ messed-up abusive relationship and she knows there’s no way in hell that she’s ever letting that happen to her.

They don’t know it in the beginning, but Gabriel and Madison will soon develop a weakness: Each other.

But Gabriel’s got a secret, a hidden monster that he’s afraid Maddy could never overcome… And Maddy’s got issues that she’s afraid Gabe will never understand. They quickly realize that they need each other to be whole, but at the same time they know that they’ve got demons to fight.

And the problem with demons is that they never die quietly. ~from Goodreads

I’ve read Courtney Cole first book If You Stay and really enjoyed it and this sounds like it will be great read, two strong characters being hit by love? Sounds good!