There are people in this world who are Nobody. No one sees them. No one notices them. They live their lives under the radar, forgotten as soon as you turn away.

That’s why they make the perfect assassins.

The Institute finds these people when they’re young and takes them away for training. But an untrained Nobody is a threat to their organization. And threats must be eliminated.

Sixteen-year-old Claire has been invisible her whole life, missed by the Institute’s monitoring. But now they’ve ID’ed her and send seventeen-year-old Nix to remove her. Yet the moment he lays eyes on her, he can’t make the hit. It’s as if Claire and Nix are the only people in the world for each other. And they are—because no one else ever notices them.

The synopsis of the story really pulled me in. I really enjoyed Jennifer Lynn Barnes Raised By Wolves series so I was really interested in reading Nobody. It focuses on teens called Nobodies. They have ability of not really being seen by anyone including loved ones. They are easily forgotten and with that can come terrible loneliness or the ultimate power.

In Nobody we see the double edge sword of both of these scenarios. Claire is oblivious to her power and fighting the loneliness and Nix is brought up to hone his power becoming an assassin. Things really heat up when Nix and Claire’s world suddenly collide.

I really enjoyed the adventure that Nix and Claire went through. It was so unique and compelling that I was constantly flipping the page to find out what would happen next. I’m familiar with many supernatural creatures like vampires, werewolves, fey and so their powers were interesting to get to know and understand how they worked.

Jennifer Lynn Barnes did a great job keeping me in suspense and keeping my attention. There was danger and intrigue with Nix and Claire finding out who they really were while staying alive in the process.

The connection that Nix and Claire found with each other was a nice element within the story. Though that connection was a instant it took time to grow and became more as their situation developed. I really felt for them and what they had to go through. Claire and Nix were deep characters that I related and connected with. I was rooting for them from the beginning. 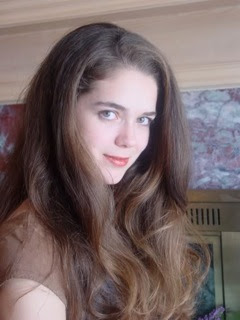 Jennifer Lynn Barnes (who mostly goes by Jen) was born in Tulsa, Oklahoma. She has been, in turn, a competitive cheerleader, a volleyball player, a dancer, a debutante, a primate cognition researcher, a teen model, a comic book geek, and a lemur aficionado. She’s been writing for as long as she can remember, finished her first full book (which she now refers to as a “practice book” and which none of you will ever see) when she was still in high school, and then wrote Golden the summer after her freshman year in college, when she was nineteen.

Jen graduated high school in 2002, and from Yale University with a degree in cognitive science (the study of the brain and thought) in May of 2006. She was awarded a Fulbright to do post-graduate work at Cambridge, and then returned to the states, where she is hard at work on her PhD. ~From Author Website