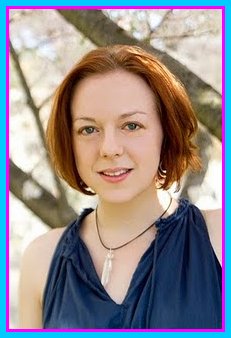 Thanks so much for stopping by Literary Cravings, If you could sum up The Near Witch in four words, what would they be?

What most influenced you to write this book & while you wrote it?
I love fairy tales and folklore. I knew I wanted to write one, something “timeless” in tone. I thought it would be a marvelous challenge, to see if I *could* write a new fairy tale (NW is *not* a retelling) and have it appeal to modern YA fans. So I was spurred on really by the challenge more than anything.


In the beginning, what or who spoke to your first? The story or the characters?
My narrator, Lexi, told me two things:
1. “There are no strangers in the town of Near.”
2. “The wind on the moors is a tricky thing.”
Those two lines, thought up 6 months apart, became the spark for the book.


Did you do any unique research for The Near Witch?
I have spent time in England, but only in the south, and in my mind the book is set on the Northern moors. I watched a ton of videos and collected pictures of those moors (the blessings of technology, that someone went and filmed them).
Oh, and I also tried to make a voodoo crow using sticks and stones and rope, to see if it could be done.


Was there any scene or part in the The Near Witch that was difficult to write? And if so how did you get through writing it?
I see my scenes like movies. They play out behind my eyes, and then I have to capture them and put them into words so that they can play out behind the eyes of others. It does, however, make certain highly visual moments tricky, because what one glance can tell you in a film, it takes a paragraph to do in writing, and I wanted to give the reader the visuals without bogging down the plot. The result is, I hope, something sparse, but highly visual. Near, the town, has comparatively littler description, yet almost everyone has told me they can see it clearly when they close their eyes.
To answer your question better, or more directly, every scene was hard :p


I feel that names hold meaning and importance to characters and you’ve picked some pretty great names. How do you come up with or decided on the names for your characters? Do they hold meaning?
I am a very strong believer in the importance of names. Sometimes I have to go hunting for them, and sometimes they come with the character. Lexi has always been Lexi. Cole, on the other hand, was a much more interesting creation, mostly because Cole is not actually his name. On the whole, I wanted to keep the names short, one to two syllables–Otto, Wren, Bo…it added a slight modernity to my fantasy.


Who was the easiest & hardest character for you to create?
The hardest character for me to create is always my Main Character, in this case, Lexi Harris. I don’t know why it is, to be honest, perhaps because we as the writers are expected to know all our creations inside and out, but seeing into the narrator’s mind, thoughts, life, is always a challenge for me. Secondary characters, ones we need glimpses of but not full pictures, are a blast. We get to tease with them, don’t have to show all their sides. For this reason, Magda and Dreska, the two old sisters in NW, are both the easier, and the favorite, characters I’ve ever written.

After tackling The Near Witch what supernatural myth or folklore would you be interested in writing about? If not what genre are you looking to write?
The book I’m working on right now does indeed tackle another supernatural myth, but I am strictly forbidden from talking about it yet!! They would take away my cookies if I did, and I love cookies. BUT, maybe by the time you post this, all will have been revealed.