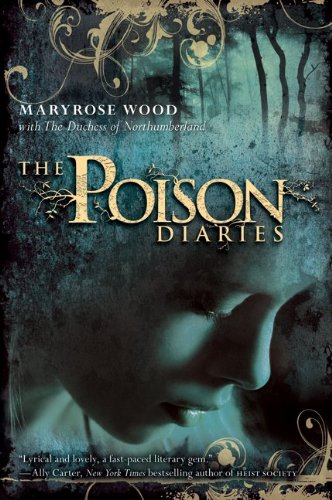 Thanks so much for stopping by Literary Cravings, can you tell us a bit about yourself and your road to publishing?

I started my creative career while still a teenager —I enrolled at New York University at 17 as an acting student, and then in the beginning of sophomore year at college I got cast in a Broadway musical. Surprise! We didn’t start rehearsals until the following fall, so I finished sophomore year and then left to pursue a career on the stage.

That lasted until my mid-20s, which I know sounds young to retire from one’s first career, but you have to picture a very young and very clueless person trying to survive in show business: I was auditioning constantly and doing endless readings of bad plays, making peanuts in regional theatre productions and touring the country on a bus with a crew of middle-aged opera singers…..in between acting jobs I was living in unemployment checks and office temp gigs. I was always poor and struggling and it was just not a livable situation, ultimately.

Ready to shake things up at 25, I did something practical—NOT. I studied improv comedy with the Groundlings and did that for a few years, and directed wacky performance art at now-legendary East Village clubs, like the Pyramid Club. If you’ve ever seen the show RENT and the way it depicts East Village life in the 1980s, that was pretty much it. Minus the drug addiction! But we all lived like rats and dressed like the not-yet-famous Madonna, and spent our time making art and thinking we were going to be famous someday.

Eventually my life stabilized a bit, and I went back to school to study writing and finish my degree. I started writing plays and screenplays, and later, musicals. It wasn’t until 2004 or so that I decided to try my hand at fiction, and then only because the darling and brilliant E. Lockhart said I could do it. She was a friend from my theatre work and her encouragement made all the difference to me.

By that time I had quite a bit of experience as a writer, so my entry into getting an agent and a book deal was unusually swift—no more than a few months from idea to contract, believe it or not. Remember, though, that I’d already been writing professionally for more than a decade, so you have to factor that in. I did my ten years of apprenticeship and then some, just not in the book business!

My first YA book came out in 2006 and I’ve been publishing a book or two a year since. In 2010 I published my first middle-grade book as well, so now I’m writing for both age groups, which is incredibly fun.

How did you come up with the idea for The Poison Diaries and what was your writing process like?
The idea came from my editor, Donna Bray, co-publisher of the Balzer + Bray imprint at HarperCollins. I was already working with Donna on my middle-grade series, The Incorrigible Children of Ashton Place. She called me up one day and said that she and Alessandra Balzer were very excited about a concept that had come in from the Duchess of Northumberland, of all people—about a boy who could communicate with poisonous plants. It was inspired by the Duchess’s real-life Poison Garden at Alnwick Castle, in Northumberland.

We talked a lot about how to turn this fascinating notion into a YA trilogy. I developed a treatment for the first book, conference calls were had, and soon we were off! It’s been a fascinating project to work on.

How did you research this particular book?

Doing these books has required non-stop research. Even before I began writing the first book I had to make some strategic decisions about the time period in which I would set the story. After much thought and a fair bit of reading, I settled on the 1790s – the era of the Romantic poets in England, and of the revolutionary fever that was sweeping through Europe.

I thought the Romantic sensitivity to the sublimity of nature was the perfect context for a book in which the plants themselves have voice and consciousness. The feeling of political upheaval gave me an unstable society on the frightening brink of the millenium, a great source of anxiety and high dramatic stakes.

During the writing process, I make frequent use of Google searches and the library to figure out details of the period, and especially anything having to do with plants. If I had a character walking through a forest in Northumberland, I would look up exactly what kinds of trees could be found there in the 1790s.

Ruta Rimas, who is an up-and-coming editor at Balzer + Bray, provided a great deal of invaluable research expertise during the writing of the second book. Whole chunks of that book could not have been written if not for Ruta’s long hours at the library! *bows down and gives thanks to Ruta*

The best part of my research was when HarperCollins sent me on a whirlwind trip to Alnwick Castle! I got to tour the gardens and the castle itself, and took an absolutely mind-blowing daytrip to Scotland with the Duchess to learn about the buried ruins of a medieval monastic hospital. The trip enabled me to write about the landscape of Northumberland with a little bit of first-hand experience, at least.

What are your must-haves during writing?

I like a fairly quiet environment, although I have been known to write happily on commuter trains, as long as no one is talking on his/her cell phone in the seat next to me (hear that, commuter train riders?).

I lurve my MacBook Pro. Occasionally I try to kick things up a notch and use fancy outlining & writing software, but it never takes. In the end I just type away in Microsoft Word, and keep multiple files for my outlines and research, organized in various folders on the computer.

The Internet is blessing and curse: blessing for research, curse for its capacity to interrupt and distract. When I am being good, I turn it off.

Coffee is a treasured companion. And when a book is really chugging along, I find that I must have naps. It sounds crazy, but the psychic effort of dragging all that stuff out of the brain and onto the page seems to make my brain require a reboot every couple of hours. Even a 15 minute snooze enables me to continue, usually with some fresh ideas from the dreamzone. I’ve learned not to fight this! When I’m not in the depths of writing a book I rarely need to nap, so I know it has something to do with resetting the brain waves.

Since writing The Poison Diaries, what are you working on next?

The Poison Diaries is being released in paperback on June 21, 2011, with a totally awesome new cover design. I’ve already written the second book in the trilogy, which is called The Poison Diaries: Nightshade. That will be released on October 25, 2011, so look for it right before Halloween.

Currently I’m working on The Unseen Guest, the 3rd book in The Incorrigible Children of Ashton Place series. It’s a nice, light-hearted break from death by poison and gothic terror! After that’s done I’ll be writing the third and final installment in The Poison Diaries trilogy, to be released in 2012. It will be exciting to wrap up this highly romantic, dangerous and eerie story.