Thanks so much for stopping by Literary Cravings, can you tell us a bit about yourself and your road to publishing?
Thank you for having me. My publishing journey started in 2007 when I decided to “get serious” about wrangling those voices in my head. I hadn’t realized, until that point, that not everyone heard them all the time.
I queried lots of agents with two books before I wrote Falling Under. There was something magical about this book. I began querying it in August, had an agent in September, and sold the book in December. Not bad.
How did you come up with the idea for Falling Under and what was your writing process like?
The book came to me with the first line. It got stuck in my head for days, so I finally gave in and began writing the first scene…and then I was hooked.  My writing process is pretty crazy, at least it seems so to me. I don’t really know much about the story, I learn it as I write it.
In the beginning, what or who spoke to your first? The story or the characters?
The first line spoke LOUDLY. Over and over. Incessantly and annoyingly. Then came Theia.

Did you do any unique research for this particular book?

I surfed some links about dream paralysis, but I didn’t have to do much research. That’s why I write paranormal. I can make up my own rules.

Was there any scene or part in Falling Under that was difficult to write? And if so how did you get through writing it?

I hated one of the choices Theia made. I have teenage kids, it’s hard for me to write about teenagers making bad or foolish choices sometimes…but I am not writing for PSAs, I have to stay true to character. So, even when they do things I don’t agree with, I have to take myself out of it.

Donny continues to be easy. (She’d agree with me on that.) Actually, everyone was easy except for Theia. Theia is a walking contradiction.

If you had to pick a supernatural myth that you want to write about next what would it be?

They are all fascinating. I sort of like mashing them up together though.

Since finishing Falling Under what are you working on next?
I just turned in the sequel to Falling Under and now I’m trying to catch up on other things I do have another series set in Serendipity Falls that I’d like to finish.
Readers, Be sure to pick up a copy of Falling Under out now!! 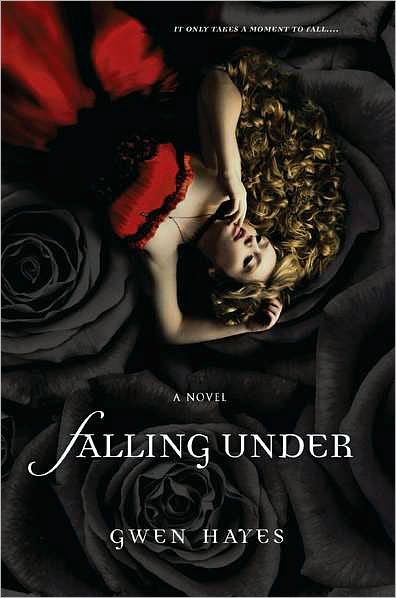