Two years ago, Brenna did the unthinkable. She witnessed the aftermath of a murder and accused her only true friend–the first boy she ever loved–of being a killer.

Now sixteen, Brenna returns to Oklahoma only to discover that Isaac “White Bird” Henry isn’t in juvie. The half-breed outcast is in a mental hospital, frozen in time, locked in his mind at the worst moment of his life. And when Brenna touches him, she’s pulled into his hellish vision quest, seeing terrifying demons and illusions she doesn’t understand.

Feeling isolated and alone, she’s up against the whole town, targeted by bullying former classmates, a bigoted small town sheriff, and a tribe who refuses to help one of their own. But when Brenna realizes she’s as trapped by the past as White Bird is, this time she won’t turn her back on him. She’s the only one who can free them both.

Even if she has to expose her secret–a “gift” she’s kept hidden her whole life.

Willow knows she’s different from other girls, and not just because she loves tinkering with cars. Willow has a gift. She can look into the future and know people’s dreams and hopes, their sorrows and regrets, just by touching them. She has no idea where this power comes from. But the assassin, Alex, does. Gorgeous, mysterious Alex knows more about Willow than Willow herself does. He knows that her powers link to dark and dangerous forces and that he’s one of the few humans left who can fight them. When Alex finds himself falling in love with his sworn enemy, he discovers that nothing is as it seems, least of all good and evil. In the first book in an action-packed romantic trilogy, L. A. Weatherly sends readers on a thrill ride of a road trip  —  and depicts the human race at the brink of a future as catastrophic as it is deceptively beautiful. 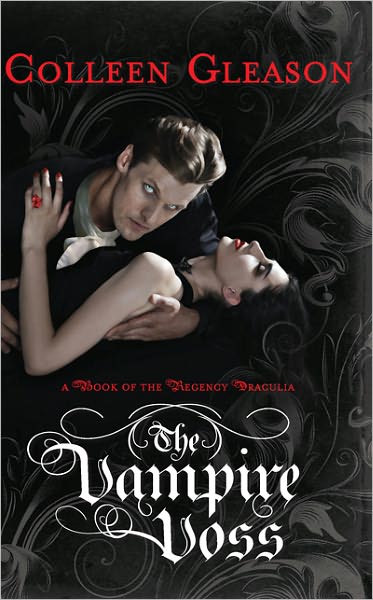 Regency London – a dizzying whirl of balls and young ladies pursued by charming men. But the Woodmore sisters are hunted by a more sinister breed: Lucifer’s own. Voss, also known as Viscount Dewhurst, relishes the sensual pleasures immortality affords. A member of the Dracule – a cabal of powerful, secretive noblemen marked with a talisman that reveals their bartered souls – the mercenary Voss has remained carefully neutral…until Angelica. Angelica Woodmore possesses the Sight, an ability invaluable to both sides of a looming war among the Dracule. Her very scent envelops Voss in a scarlet fog of hunger – for her body and blood. But he is utterly unprepared for the new desire that overcomes him – to protect her.

She lives for passion

Bold, impulsive, and a magnet for trouble, Juliana Fiori is no simpering English miss. She refuses to play by society’s rules: she speaks her mind, cares nothing for the approval of the ton, and can throw a punch with remarkable accuracy. Her scandalous nature makes her a favorite subject of London’s most practiced gossips…and precisely the kind of woman the Duke of Leighton wants far far away from him.

He swears by reputation.

Scandal is the last thing Simon Pearson has room for in his well-ordered world. The Duke of Disdain is too focused on keeping his title untainted and his secrets unknown. But when he discovers Juliana hiding in his carriage late one evening–risking everything he holds dear–he swears to teach the reckless beauty a lesson in propriety.

She has other plans, however; she wants two weeks to prove that even an unflappable duke is not above passion.