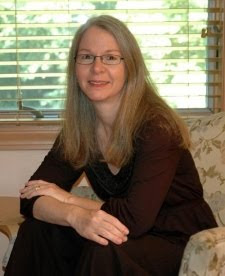 Thanks so much for stopping by Literary Cravings, can you tell us a bit about yourself and your road to publishing?
It’s been a long road that began when I was read to as a baby. Seriously, there is almost no beginning point, because reading is so vital to writing.  My whole life consists of paths that led into the road.  When I finally got around to writing a novel (Ophelia) the road was pretty smooth.  It
was accepted by a publisher a very short time after I finished it.

How did you come up with the idea for Cate and the Lost Colony and what was your writing process like?

I saw a non-fiction book about Roanoke in a used bookstore.  It was a digest of the primary sources, so it was “straight history.”  But it fascinated me, and made me wonder what happened to the “lost colony” of Roanoke, and I thought about telling a story through the eyes of a young girl who made the sea crossing and struggled to survive there.

Did you do any research for this particular book?

Oh yes!  I must have read just about everything ever published about the voyages, the natives and their culture, and Sir Walter Ralegh.  And then I went to Roanoke and Jamestown to experience the reconstructions of settlements from the time and talk to the historical interpreters.  Finally I felt I knew enough to have a pretty good idea of how things must have turned out for the 117 colonists left on the island, with hostile Indians around them and barely enough to live on.  And so I told the story, alternating between the voices of Cate, the Indian Manteo, and Ralegh.

What are your must haves during writing?

Must.  Have.  Quiet.  Must have laptop and internet connection so I can do internet research and use the online Oxford English Dictionary.  Must have chocolate for break time.

None of it was exactly easy, though Cate probably came more naturally than Ralegh.  The hardest character was Manteo, 1) because of the cultural difference and 2) because English (which he did learn) was not his first language.  I tried to make him think and act according to what little we understand of the Algonquin Indians of the time, their legends, beliefs, and way of life.

If you could time travel to any time when would it be, why & what would you take with you?

I would probably choose London at the time of Shakespeare and Queen Elizabeth.  The reasons should be obvious, if you know my books!  I would take some gold with me, because I could exchange it for money and buy everything I needed.  Oh, and I would be sure to get my vaccinations updated, especially smallpox!

Since writing your latest book what are you working on next?

Another Shakespeare-themed work, a comedy in which young Will goes to London and has a series of adventures with my heroine, Long Meg.

Check out Cate of the Lost Colony out now!! 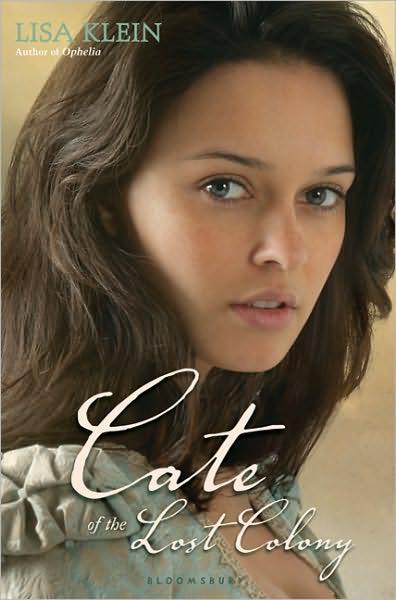