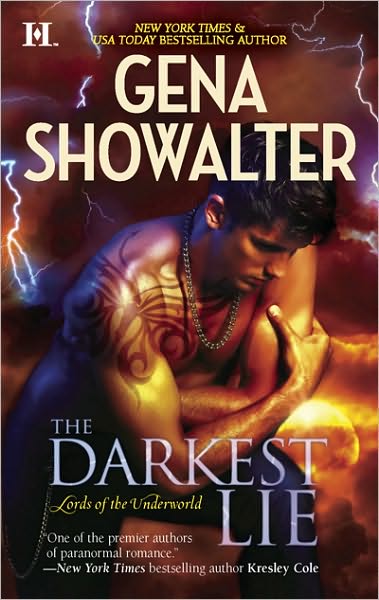 In this riveting new installment of New York Times bestselling author Gena Showalter’s Lords of the Underworld series, Gideon, keeper of the Demon of Lies, fights to uncover the truth….

Forced to his knees in agony whenever he speaks the truth, Gideon can recognize any lie—until he captures Scarlet, a demon-possessed immortal who claims to be his long-lost wife. He doesn’t remember the beautiful female, much less wedding — or bedding — her. But he wants to . . . almost as much as he wants her.

But Scarlet is keeper of Nightmares, too dangerous to roam free, and a future with her could mean ultimate ruin. Especially as Gideon’s enemies draw closer . . . and the truth threatens to destroy all he’s come to love