This meme was created by The Story Siren who was inspired by Alea of Pop Culture Junkie
This week I just bought, more romance what can I say I’m a sucker for a good romance!!!
Be sure to tell me whats in your mailbox!!! 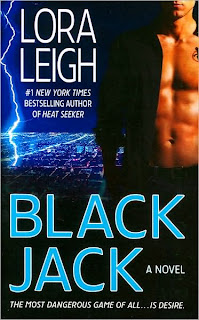 The Secret Service can’t control him. The British government can’t silence him. But renegade agent Travis Caine is one loose cannon you don’t want to mess with, so his commanders cut him a break—and cut him loose. His new HQ is America’s top intelligence force, Elite Ops. His new code name is “Black Jack.” And his new assignment is to die for.
She’s smart, sexy, scintillating—and one of Elite Ops’ savviest agents. Lillian Belle’s code name is “Night Hawk,” and Travis certainly wouldn’t mind flying a few midnight maneuvers with her. But when their mission turns into a red-hot game of danger, deceit, and double-crossed signals, Travis begins to wonder: Can he trust her? Can he resist her?
Black Jack by Lora Leigh 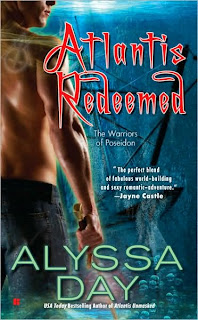 The fate of Atlantis is on the line-and the future of the world is at stake…
Poseidon’s warriors have learned that the battle to protect humanity produces unexpected enemies-and alliances. But none more unexpected than the bond between a cursed Atlantean warrior and a woman whose sight surpasses any lie.
Atlantis Redeemed by Alyssa Day 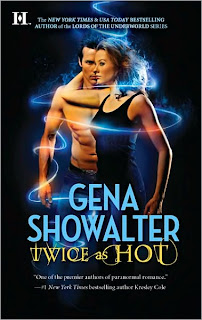 Belle Jamison is finally starting to feel like a normal girl again. Her job as a paranormal investigator is going well, she’s learned to control her supernatural abilities (mostly) and she’s just gotten engaged to Rome Masters, the ultra-sexy operative who once tried to neutralize her!
But planning a wedding is never easy, especially when the bride keeps accidentally torching her dress, the groom returns from a dangerous mission with selective memory loss and the man responsible now wants Belle for himself. With Rome’s ex determined to win him back and a new band of supervillains on the horizon, it will take all Belle’s powers—plus a little help from her trusty empath sidekick—to save the day, salvage the wedding and prove that true love really does conquer all.
Twice As Hot by Gena Showalter 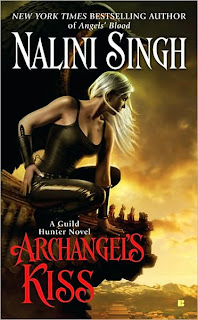 Vampire hunter Elena Deveraux wakes from a year-long coma to find that she has become an angel-and that her lover, the stunningly dangerous archangel Raphael, likes having her under his control. But almost immediately, Raphael must ready Elena for a flight to Beijing, to attend a ball thrown by the archangel Lijuan. Ancient and without conscience, Lijuan’s power lies with the dead. And she has organized the most perfect and most vicious of welcomes for Elena…
Archangel’s Kiss by Nalini Singh